I went out in the woods behind my house yesterday, and discovered an incredible array of mushrooms out there. We’ve had an awful lot of rain lately; I guess that’s why all this fungus has bloomed. I’d like to share some photos with you here. 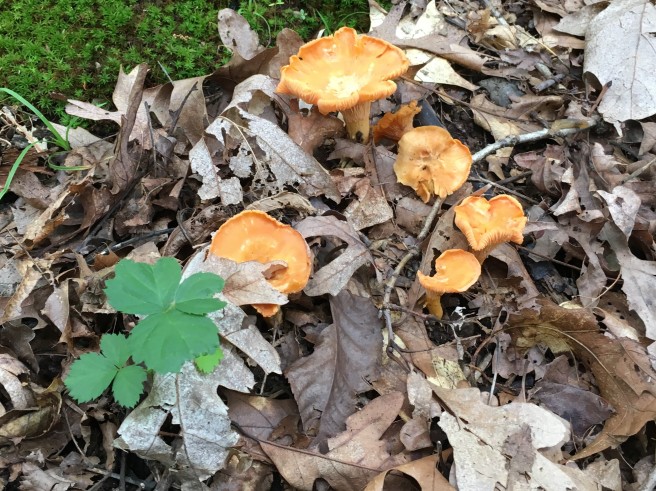 Tricholoma steppensquisha are always found in groups of five. They were once thought to be the spirits of dead leaves coming out to haunt the trees. This turned out to be false. 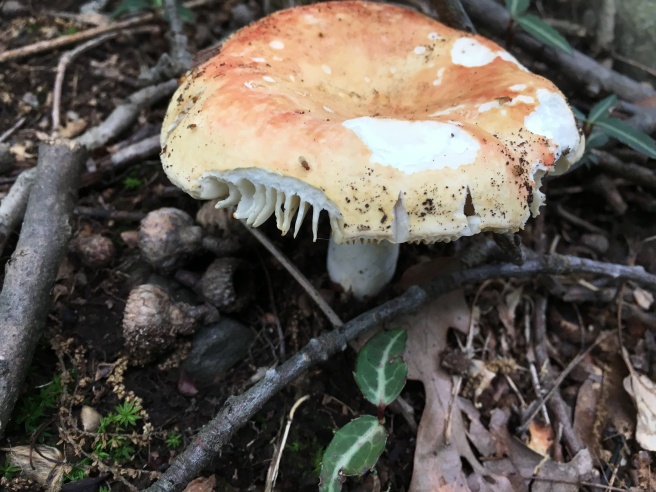 This Agaricus bittentweis has been chewed on by several small animals. No confirmation on what animals they were, but I have my eye on a certain three-legged chipmunk. He knows who he is.

Hericium belonginacave has a story that surprised me. It’s actually a stalagmite formation. Directly above this specimen, about forty feet up, is a huge tree-hugging fungus that has been dripping to the ground floor for hundreds of years. With each year, H. belonginacave grows bigger and bigger, while the tree-hugger gets smaller. (I tried to get a picture of the one in the tree, but I forgot.)

Russula ratherdirtyus will only allow its photo to be taken at a jaunty angle. Apparently this was jaunty enough.

Somebody tried to tell me this was a mushroom. It’s not. It’s a bowl. An ancient Lenape bowl that I found in the woods. Or maybe a moldy piece of pita bread. Maybe a bowl made of moldy pita.

My daughter and I were having fun throwing pancakes off the deck into the woods. They spawned these lovely Panaeolus anjemima specimens. Where’s the butter?

This guy’s just too cute. Boletus scholobusi is the yellowest form of life found in the Mid-Atlantic. Although I think it’s kind of orange. Like school buses. Which are orange. Seriously. Look at school buses.

Eating this Agaricus supermarioso will immediately make you twice the size you are right now, and will also enable you to take one bullet from a rampaging Koopa. It also looks like a cherry tomato. How come the size of tomatoes is measured according to fruit, anyway?

You know what goes well with tomatoes? Cheesy garlic bread. Luckily, right next to the A. supermarioso was this Entoloma parmigiano. Perfecto.

And the final mushroom I want to show you is the mythical Cortinarius leatherbiscuitii. 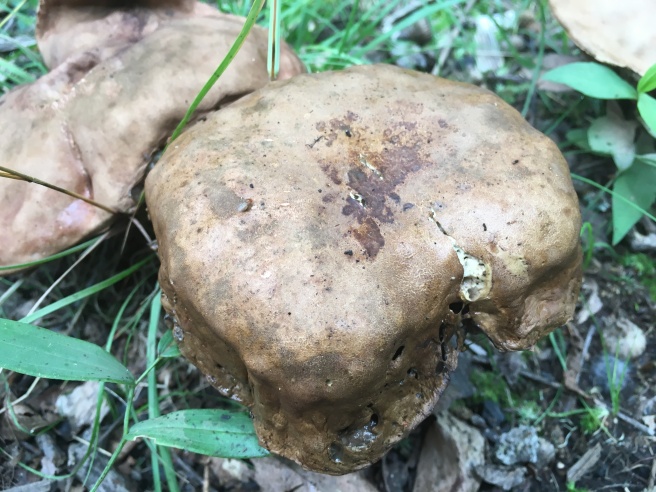 Long thought to be extinct, it was last spotted by Sir Reginald Goschenhoppen in 1831 in what is now Lake Michigan. It got its scientific name from the remarkable fact that it looks, by gum, like a leather biscuit. There’s no such thing as a leather biscuit. But if there were, this is what it would look like. Enjoy.

One thought on “Mushrooms in the Woods”