This is one in a series of posts I’m calling “Snapshots of my Depression.” These are memories of times in my life when my mental illness manifested itself in one way or another.

I called this post “The Myke Treatment.” There are two words there I’ll have to explain. I’ll take them one at a time, but as we’ll see, they’re rather interrelated.

First, the word, “Myke.” This was the nickname I went by for about fifteen years, from the age of sixteen until thirty-one. If you first met me in college, or seminary, or at my first church gig, it may have thrown you when suddenly, without warning, I started spelling my name “Mike.” Why did I change it back to the typical spelling? Well, I was just kind of sick of it. I was tired of people asking me why I spelled it that way. I was tired of the attention it grabbed. Besides, at that point in my life, I was inches away from being ordained; I knew that I was about to get a new weird first name: the name “Pastor.”

But more to the point, why did I change it to “Myke” in the first place? First off, my name is Michael, always has been. (And yes, I have a nickel. I have a nickel shiny and new.) My parents didn’t name me anything weird or strange. To the contrary, according to the Social Security Administration, Michael was the most common name for boys every year from 1961 through 1998. I have a theory that the actual cause of climate change is the wind patterns set up by the turning of so many heads whenever someone in a crowded street calls out, “Hey, Mike!”

But the point is this: I changed the spelling to “Myke” when I was sixteen because, well…because it was fourth gear in my desperate sprint for attention. First gear was shaving off my eyebrows.

I did that in November. I don’t know why. At that point, I’d not yet seen the movie version of Pink Floyd: The Wall, so it wasn’t an attempt to emulate that. It was just something I thought I’d do. It got some attention for sure. That started to fade though, so…

Second gear came on New Year’s Eve. I was watching Silence of the Lambs at home, late into the night after my parents and sister went to bed. I decided that it would be a good idea to shave my head with a straight razor. (What this had to do with that movie, I have no idea.) This was long before the shaved look was in, by the way. And I shaved my eyebrows again for good measure. When I came down for breakfast the next morning, my parents could not stop laughing for hours. When I went to school, some of my classmates wondered if I were receiving chemotherapy. No, I wasn’t. But I was receiving attention. For a while, anyway…

Third gear was just dumb. About a week after New Year’s, my hair was just starting to grow back. So I shaved a line down the middle, front to back. Like a racing stripe. Not much attention came from that, but a little did.

But finally, fourth gear. The one that stuck. The one that lasted a decade and a half. I think I was just doing my homework one day in mid-January, and as I put my name on it, I thought, “I could spell Mike with a Y.” And I did. And I didn’t turn back for a very long time. I came up with rationales for it. I said: I’m just changing the spelling of my nickname. I can spell my nickname any way I like. I said: I’ve replaced the “I” with a “Y”. I’ve therefore replaced my ego with a question. Jesus, I was emo.

So that’s the “Myke.” How about the “Treatment”?

Well, that’s quite simply the way I treated women. Now don’t worry. This isn’t a sordid tale of abuse. I was not an abusive or controlling or manipulative boyfriend. Well, maybe it was manipulative, but not deliberately so. Let me explain.

From the very first time I started dating, at the end of ninth grade, I fell hard.

I never really dated, actually. I just plain fell in love, several times. I was invested, deeply, in every romantic relationship I had through high school. I was loyal. I was faithful. I had to be, because she always completed me. Eewww. This is starting to sound creepy. But it’s true. I was looking for a savior. I was looking for someone to take my broken wings, and heal them, and teach me to fly. And I often tricked myself into thinking I’d found it.

Okay. Now, honestly, I think most of the time I was a pretty normal boyfriend. But every now and then, something would come over me, and I would subject my girlfriend to the Myke Treatment. It went something like this:

And no matter what she said, I would shoot down her argument. For however long it lasted (ten minutes? an hour? I don’t remember…), I would be telling my girlfriend how terrible I was, and how much she should hate me, and how she should just leave me. This must have been tiring for them. This must have been annoying. I imagine it might have seemed as though I was manipulating them so that I could hear how wonderful I was. But that wasn’t the intention, at least not consciously. Because whatever they said, I wouldn’t hear it. I just wouldn’t hear it. I felt as though I couldn’t control myself. It was like I wasn’t me…I was an evil sort of superego of myself, taking over, and trying to convince another person how useless I really was. I wasn’t interested in listening. I was the prosecutor, not the jury.

After that ten minutes, or hour, or whatever, I would start to realize what I was doing. Eventually, the feeling that came over me would start to fade, and I would feel that prosecutor voice calming down. But as I realized that, guess what happened. Naturally, I’d feel guilty over what I’d just done. I’d start apologizing to her, over and over again. And in the process of apologizing, I’d say something like, “See? I am terrible. Look what I just did to you!” And the whole thing would continue for a little longer. I honestly don’t remember how we would eventually extricate ourselves from these arguments. I imagine it would have to involve some sort of distraction, or change in setting. Looking back on it, the worst part was that I couldn’t separate that “voice” from myself the way I can now. I couldn’t find a way to say, “I’m sorry I have this problem.” To me at that point, I was my problem.

Now, this wasn’t something I’d do every day, but it did happen more than once with each of my high school girlfriends. And I have to guess that this is part of what eventually led each of them to break up with me. I call this the “Myke Treatment,” even though that’s a bit of an anachronism, because I started committing this treatment years before I changed the spelling of my name. Yet I think it’s appropriate, looking back. Because I think both of these things, the name change and the “treatment,” come from a place of reaching out for something to fill the hole I felt inside. A desperate cry for attention, and a desperate cry for affirmation, both very misplaced, both very ill-considered, but both an adolescent attempt to seek wholeness. 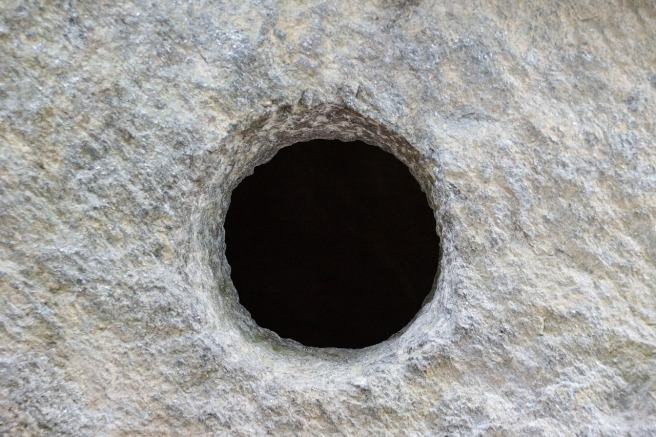 Neither of them worked, of course. And it would be a while until I figured out what that hole inside me was really all about. A while until I figured out that there was a way to consider that “voice” to be distinct from me. And to be honest, there’s still a side of me that craves attention and affirmation. I think maybe that’s something that will never leave me completely.

One thought on “Snapshots of My Depression #4: The Myke Treatment”